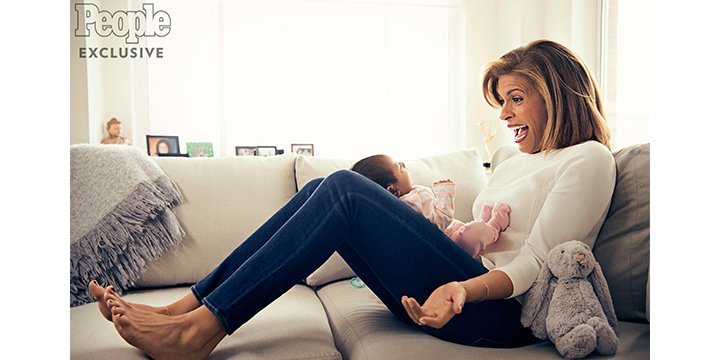 Hoda Kotb opens up about becoming a mother at 52 after cancer left her unable to conceive a child. Bonding with her baby girl has been particularly emotional for Kotb, 52, who had all but given up on dreams of becoming a mother. A decade ago she battled breast cancer; the treatment left her unable to conceive, and less than a year after her recovery, her two-year marriage to tennis coach Burzis Kanga ended in divorce.

“One of the things in my life I’ve always wanted was to be a mom,” Kotb tells PEOPLE in its newest issue, on stands Friday. “Sometimes in your life, things just don’t work out for whatever reason, so you say, ‘Well, I wasn’t meant to have that.’ But it was really hard to come to terms with it.” Check out her full interview on People. http://people.com/babies/hoda-kotb-talks-emotional-adoption-age-52-after-cancer-left-her-unable-to-conceive/