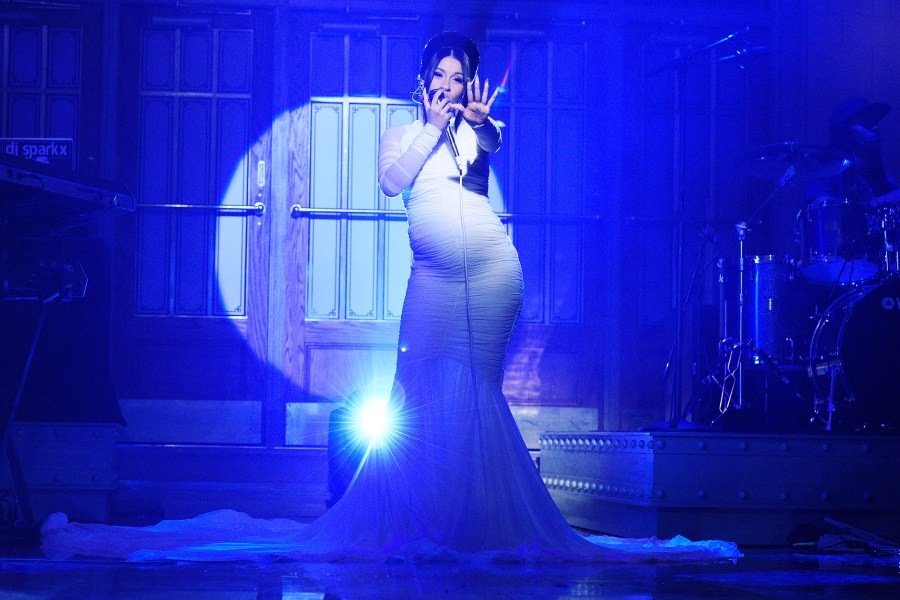 Previously here at “The Culture Keeper” we reported that Cardi B and Offset were expecting their first child. However on Saturday night Cardi B confirmed her pregnancy by wearing a Christian Siriano custom made dress. The designer even posted the look on his Instagram feed to confirm that they had dreamt up the look for the announcement together. And they couldn’t have done a better job: the momma-to-be looked positively glowing in her high-neck long-sleeved gown with a mermaid train.

Cardi is due the first week of July, according to TMZ. Her fiancé, rapper Offset, has children from previous relationships.

Cardi B (real name Belcalis Almanzar) and Offset (real name Kiari Kendrell Cephus) first collaborated on a song together in 2016, and reportedly began dating in February 2017. They got engaged in October, when Offset proposed onstage.

Congrats to the happy couple!