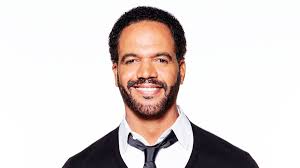 “Young and the Restless” star Kristoff St. John has died at age 52.

His attorney Mark Geragos confirmed the actor’s death, saying in an email: “Sadly we can confirm.”

Officer Rosario Cervantes, of the LAPD, said police responded to an incident yesterday in the San Fernando Valley area where a person was pronounced dead. She could not confirm the name of the deceased.

“We did respond yesterday at 2:05 p.m. on Morea Way for a possible alcohol overdose and that’s going to be a coroner’s case,” Cervantes said.

St. John had played the character of Neil Winters since 1991 on the long-running CBS daytime soap opera.

The actor was nominated nine times for Daytime Emmy Awards, and he won 10 NAACP Image Awards.

He also had roles in the 1990s on a variety of sitcoms, including “Martin,” “The Cosby Show,” “Living Single” and “The Jamie Foxx Show.”

St. John was apart of the prominent Winters family on “Y & R.” The Winter’s family was one of the most prominent African American families featured on a soap opera.

This is such a loss. Our prayers our with his father and fellow actors at “Y & R.”