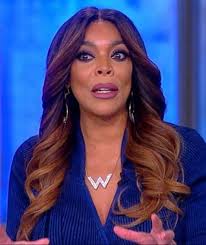 Wendy Williams is scheduled to return to air on Monday January 14, 2019. However her return should be interesting because when she left abruptly on hiatus the hot topic was what is going on with Wendy.

Recently on her talk show she appeared to be loopy and out of it. The show had everyone wondering, “how you doing, Wendy.”

The 54-year-old host had blamed her odd behavior on painkillers that she had taken for her recently injured shoulder, which she earlier announced has a hairline fracture.

“I sincerely apologize if you feel that today’s show was less than stellar. I’m on your TV screens every day wanting to spread laughter, entertainment and cheer. As I reported earlier in the week, I have a hairline fracture on my upper arm, which hurts like hell. I’ve never broken a bone or experienced a fracture in my life,” Williams wrote on Instagram. “In the key place where the fracture is, and trying to scurry around and do too much, I am now paying the price.”

“I’ve never taken a pain medication in my life (except when I got snatched over 20 years ago) until this week,” she continued. “I did that to power through and try to deliver a great show for you, against the better judgement of the many people around me who genuinely care for my well-being. I really do ride or die for my craft and give 200%.”

The Ask Wendy author went on to promise fans “a better Wendy in 2019,” adding that she would “get some much needed rest and healing over the next couple of weeks.

What may be adding to Wendy woes is her husband’s allege mistress. There is talk that her husband, Kevin Hunter, may have gotten is allege mistress pregnant. Last year, it was reported that Wendy’s husband had been living a double life for a decade, cheating on her with an alleged mistress that lived down the street from their New Jersey home. Now, an exclusive report from B. Scott is saying that Hunter’s mistress is pregnant, which may be adding to the stress on Wendy’s life.

The news should be taken with a grain of salt as neither party has confirmed or denied the rumors. The report reads, “She’s allegedly pregnant and still living just down the street from their house. Word around the show is that they’re going to divorce sometime now.”

We wish Wendy the best and hopefully her marriage get back on track.