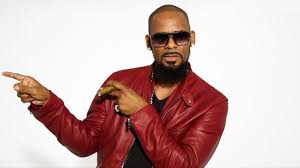 Houston we have a problem. Monday R & B soul singer R. Kelly, released a 19 minute song addressing the numerous allegations of sexual assault and holding women against their will.

Kelly rose to fame as an R&B singer in the ’90s through hit singles such as “Bump N’ Grind” and “Step in the Name of Love” As his profile increased, so did attention on his private life. In 2000, an investigative report by Jim DeRogatis and Abdon Pallasch for the Chicago Sun-Times was one of the first public accounts accusing Kelly of cultivating underage girls for sexual relationships.

“Said I’m abusing these women, what the f***? That’s some absurd s***,” Kelly sings on “I Admit.” Around the 11:35 mark, he goes on to question some of the terms used to describe his alleged relationships and “admits” to certain sexual proclivities:

What’s the definition of a cult?

What’s the definition of a sex slave?

Go to the dictionary, look it up

The lack of self awareness is simple stunning. R. Kelly is talented, but he sick.

Take a listen below and tell me what you think: